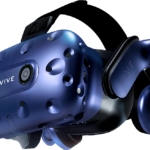 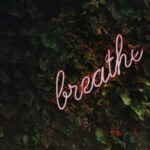 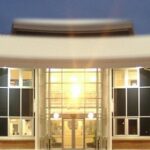 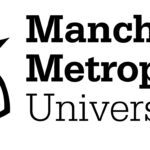 What is a Chief Learning Officer?

Chief Learning Officer = C-Suite executive, salaried as such, to own the final strategy (and often the decisions, either with or without the CEO) made for the training, learning and development, certifications, qualifications and all instances of on-the-job training undertaken by the workforce of the company that they help to lead.

Chief Learning Officer, or ‘CLO’, will usually work as a company leader in their own right, as well as cooperating on any overriding governance for workforce L&D (Learning and Development) with the CEO. In more relaxed companies and tech companies, such as start-ups, the CEO with assign the accountability for all these decisions with the CLO, who then merely has to report on progress, learning outcomes and results to the CEO with any recommendations for change.

In most academic settings, a Chief Learning Officer will have the joint responsibility of handing down strategy and targets for academic staff’s learning and development needs and outcomes, as well as oversight across the general trend of subject attainment by students across all courses and modes of study that are offered. This ‘joint’ responsibility is termed as such because the CLO will often need to collaborate or even lead operational staff whose targets will also be in these areas. In some more radical settings, or more “fresh” settings such as in start-ups and scale-ups that are entirely education-focused or build their businesses in this sector, the Chief Learning Officer replaces the Chief Operational Officer, with HR reporting to the CLO.

The chief learning officer is not necessarily a threat to HR, but there must be co-operation where it is required. A Chief Learning Officer should have at least a modicum of control over the hiring and firing decisions – within the context of the learning and development attainments or requirements for job roles. Nevertheless, all companies are different and may choose not to work this way. (That’s something we aim to cover in depth at Chief Learning Magazine).

A CLo might also be called a ‘Chief Academic Officer’ and ‘Chief Training Officer’ in some settings, with the role’s focus emphasised in the choice of executive descriptor.

Companies should define their own parameters for salaries where they can; most companies look to the market value of each human resource that they look to hire (although ironically, a Chief Learning Officer may add certification and qualification parameters to whom is hired in the future following their arrival). Many C-Suite executives will expect $250,000 a year, the vast majority will command above above $100,000 a year; but in some new start-up and micro-entity environments, the salary may be only half of this. According to PayScale in 2021, the average wage for a CLO was just over $155,000 per year.

In either case, a Chief Learning Officer should really have at least 15 years of experience in training, teaching, learning and development – with at least 10 years of those 15 in a leadership position. Any less than this could be a executive risk.

How do I become a CLO?

Note: not career guidance on how you can plan to become a CLO. A Chief Learning Officer can have a wide variety of learning and personnel-based experiences. Plus, not all length of servitude is expected – is the same (some people might become a director after 4-5 years of work, and a executive after 10. Others are more traditional and reach executive positions after 20 or so years of relevant experience Every company is different). However, companies will still, quite fairly, expect to see you grow into a role, not immediately become a leader without any practical, hands-on experience.

It will also be your job to think about things differently, in a way that places the learning, development, training needs – that are also in 100% in alignment with those of the business, overdelivering under budget. Harder than it sounds. Think you could do it?

What companies will have a CLO?

Many companies wish to have a CLO – and thousands of companies will already have one, It should go without saying that academic institutions should have one. It is ironic that many colleges and universities don’t necessarily have their staff’s training and development at the forefront of their strategy, as the turnover of students is necessarily in this position.

Companies that already have CLOs (as of 2021, checked via LinkedIn):

Are CLOs really part of the C-Suite?

As the traditional C-Suite is broken open with new roles to reflect a modern and changing workforce, it makes sense that the Chief Learning Officer has, since around 2015-2016, become a bona fide role in and of itself.

The Chief Learning Officer, existing far outside of the rule traditional HR function (which is increasingly seeing itself outdated in the tech world and start-up world by roles such as “people success” and “team happiness” that report to Chief Operating Officers).

The Chief Learning Officer in a large company (10,000 or more employees) will have an all-encompassing role where most of the L&D related decision making, including the qualification levels required of new hires and current workforce, will be totally on them.

There may be some pushback where HR has typically taken control in this field in the past (and completely so in the last half of the 20th Century), but the idea of a CLO is to provide a totally learning-focused perspective and final strategy which is in keeping with the CEO and board goals, which is something HR can’t truly provide enough focus on alone.

Powered by WordPress | WP Travel Magazine by WP Mag Plus